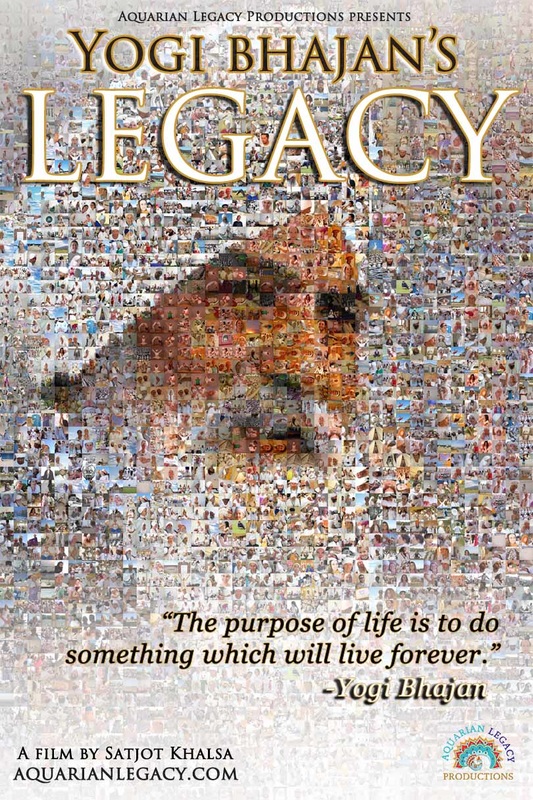 YOGI BHAJAN'S LEGACY  is a documentary

about the Siri Singh Sahib and the community he inspired. His story will be told though the eyes of his students and family, as well as from the master himself through archival footage. This film is called Yogi Bhajan's Legacy because it is a film about us, the spiritual family that he formed and we grew. It was an idea that came to life with the love and efforts of Arjan Kaur, Dr. Sham Rang Singh, Ram Rung Kaur and GuruGanesha Singh. We are grateful to them for paving the beginnings of this production and for continuing to mentor us as we go along. ​

This feature film will open up the world of 3HO and Sikh Dharma, to share with everyone who is interested in consciousness and this dharmic way. Aquarian Legacy Productions is also creating the Nine Treasures Collection, explorations into the various aspects and teachings of Yogi Bhajan, the Siri Singh Sahib, and the Elevation to Infinity Series of short films centering on various teachers in the community.

Through the backing of Double Exposure LLC, a highly regarded distribution company that has worked with over one thousand feature films, this documentary has guaranteed worldwide distribution (www.doubleexposuredistribution.com).

Interviews & presentations given by the following people: